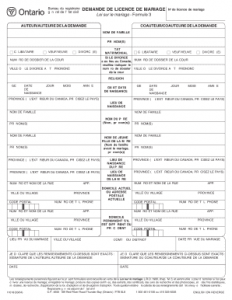 Getting A Marriage License:

A marriage license is only good for 90 days.  You may obtain your license at any of the municipal office in Ontario which issues licenses.  Please note that not all municipalities do issue licenses.  License fees also vary significantly from one municipality to another.

In the Kingston area the City of Kingston as well as the Town of Napanee, and the Town of Gananoque issue marriage licenses to all eligible couples. See links below.

Learn more about getting married in Ontario at the following link:

Getting Married in Ontario.

Learn more about Humanist Canada at the following link:

Information on Weddings in Kingston

I understand that there are a lot of people involved in the planning of your big day.

Click here to visit KWE PROS which is a collective of Kingston's finest wedding resources and wedding professionals.

I am continuing to operate during the COVID-19 crisis by following the Ontario regulations to keep couples and their guests safe.

Some couples are choosing to downsize their wedding ceremony to a more intimate gathering and save the larger celebration for a later date.

Others are choosing to re-schedule. If a couple needs to re-schedule their wedding, its no problem. Of course, there are no fees or time limitations for doing that.

Please don’t hesitate to ask if you have questions about getting married during the pandemic.

1Can a friend/family member marry us?
The short answer, is probably not. In Ontario only licensed Officiants, some city clerks and Justices of the Peace are able to legally marry people. BUT ... I'm happy to work with you to involve someone who is not licensed (such as a friend or family member) in the non-legal aspects of a ceremony
2How far ahead of time should we get the licence?
Marriage licences are good for 90 days and we generally recommend that you don't leave it until the last minute, especially if either party has been divorced or is not a Canadian citizen.
3How do I get my marriage certificate?
You won't get any notification from the government that they've registered your marriage and they don't automatically send a certificate. You will have to apply yourself 6-12 weeks after your wedding to get them to send you a certificate.
4How do I get a marriage licence?
Marriage licenses are issued by municipalities, and you can get married anywhere. You can download the application at ontario.ca then you bring it in with ID and any other documentation (e.g. divorce decree). The cost varies by municipality but is usually around $130-150.
5What paperwork does the Officiant do?
At the wedding your Officiant will complete the licence and the marriage register (kept by the Officiant) and you'll be given the Record of Solemnisation. The signed licence is the legal record of your marriage and the Officiant is responsible for sending it to the Registrar General.
6How much can we customize our ceremony?
There are only four parts of a marriage ceremony which are legally required - statement of intent, witness affirmation, declaration of marriage and signing of the document. Everything else is personal choice including ring exchange, vows, readings, blessings, hand fasting, candle and unity ceremonies, etc.
7Do we have to have music?
Music isn't a requirement but it is traditionally used for the processional (coming down the aisle) and the recessional (going back up the aisle). Some couples also choose to have music while doing the signing, but others choose to sign after the ceremony. If you are interested in live music I have an extensive network of professional musicians I can put you in touch with.
8How long is a marriage ceremony?
This depends on your Officiant but my weddings generally run about 15 minutes for a simple ceremony. With entrance and exit and signing we recommend you allow about half an hour.
9Should we have a rehearsal?
It all depends on how big your wedding is going to be - if you have a big wedding party, music, processional, etc I definitely recommend you have a rehearsal. This gives us the chance to walk you through from start to finish so everyone knows what they're supposed to do on the day.
10Are there costs for travel?
Yes, I generally charge an additional fee for travel outside Kingston depending on time and distance.

What past clients are saying

David was very easy to work with, flexible and totally professional.  We would highly recommend him for anyone's special day.

David Vowles
2017-12-31T18:53:25+00:00
David was very easy to work with, flexible and totally professional.  We would highly recommend him for anyone's special day. Jim and Sharon - July 2017 Kingston, Ontario
https://kingstonofficiant.com/testimonial-item/jim-and-sharon/